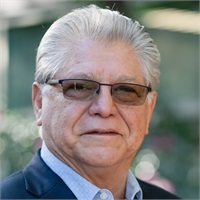 FOUNDER:  Richard entered the financial services industry in 1985 and is a Founder of Iron Point Financial Advisors, Inc. He has earned designations of Chartered Financial Consultant & Chartered Life Underwriter from the American College and holds a bachelor’s degree from California State University, Los Angeles. He is the Past President of the Sacramento Association of Insurance & Financial Advisors and is a Life & Qualifying Member of the Million Dollar Round Table. Richard founded Rios and Associates as an independent branch office in 1998 and grew it to 30+ advisors before selling in 2014. Subsequently, the name was changed to Iron Point Financial Advisors.

Richard and his wife of 50 years, Pat, reside in Gold River, California. They have two daughters and four grandchildren. In his spare time, Richard is an accomplished guitarist and loves to travel and spend time with his family.